Governor asks for a 2-item Special Session but only if there is "consensus on a package" -   https://www.ctnewsjunkie.com/archives/entry/20200610_special_session_agenda/

“The governor’s emergency declarations expire September 9th, and through his recent decisions it’s become increasingly apparent that the legislature must be ready to act that day to provide much-needed checks and balances,” Klarides and Candelora said. “We must also have the flexibility to act on crucial issues that arise ahead of that date, from helping the governor develop common sense ‘reopen’ policies to ensuring that municipalities receive their fair share of federal relief dollars.”

CTNEWSJUNKIE for NBC video on when and if Legislature will call a Special Session:  https://www.nbcconnecticut.com/news/local/when-can-connecticut-lawmakers-get-back-to-work/2275951/

THE LEGISLATURE NOT PLEASED EITHER (D & R).
(L) Reps. Rojas & Candeloria liken the Legislature to a potted plant (my words).  CT going down the fiscal drain soon?

Faces you should know and get familiar with (besides Governor Lamont)  - Dr. Cartter (r.) has the data...

TABLE OF CONTENTS TO ACTIVITIES DURING SHORT SESSION:   OUR COMMITTEES

TOLLS whenever?  How about tolls getting in the way of other things?

LINK to JF deadlines for all Committees - this Session we are watching P&D gavel to gavel (sometimes after the fact) and also those of particular interest.

FREEDOM FROM THE PRESS

CT MIRROR on how the tolls bill is to be voted upon  - so that all Democrats can vote on the same bill at the same time?  Who needs both legislative bodies then?
https://ctmirror.org/2020/02/11/dems-truck-tolls-vote-next-week-but-theres-this-one-thing/

INTERESTING POPULATION NET MIGRATION STORY.  In Weston, you get what you pay for...
Maybe if they are high on weed they'll say "Yes" to tolls?  Read all about population change Census estimates 2018 here.

"To leave no stone unturned" is an idiom that means to do everything possible to find something or to solve a problem.  From Google.

The alternative - or at least the Minority version via C.G.A.:  https://www.cga.ct.gov/asp/cgabillstatus/cgabillstatus.asp?selBillType=Bill&bill_num=SB271&which_year=2020

"LEAVE NO STONE UNTURNED" LIKE BEING STONED?
How unimaginative!  C.G.A. using the old "wait 'til next Session" trick (after election) to do bad things to CT voters...yet again?

THIS THURSDAY FEB. 20 MARATHON AT C.G.A.?  HOW ABOUT AFTER RE-ELECTION?
NOPE:  https://www.courant.com/politics/hc-pol-tolls-vote-postponed-again-20200219-xbbgm7m4s5ax5axaogczidc2ay-story.html#nws=true

Over the President's Day weekend we wonder what the next week will bring.  Answer:  Check debate about "60% vote" to turn truck tolls into all vehicle tolls.

We believe we are correct in saying "congestion pricing" concept back on the table to gain Greenwich "yes" vote in Senate.  See cartoon above.

STATE OF THE STATE:  What we heard.

DETAILS
Prior to the State of the State address, OPM Secretary McCaw outlined major features of budget adjustments.  Regional Performance grants are back!

THE MOST INTERESTING PART OF LEGISLATIVE PICTURE:

LINK TO COMMITTEE DEADLINES
"Usual suspects" we follow (Joint Committees of the C.G.A.):  How does each relate to affordable housing/planning enabling statutes?

Planning & Development, and this Session we're only watching P&D public hearings (in chronological order) and the C.G.A. Sessions

House Co-Chair. Ranking Member show how it is done:
The organizational meeting of P&D votes only concepts into the mix after introductions.  Agenda of first meeting:  https://www.cga.ct.gov/2020/pddata/ca/pdf/2020CA-00210-R001030PD-CA.pdf

Grid-scale not this bill - only for residential use.  SQUIRREL Sunrun.
Green Bank guy says this should not be used to destroy the economic benefits.  Nothing to do with property tax (Gresko).  CCM.  CCM disagrees.  Offers amendment.  Tax on 3rd party owners. 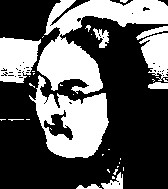 AND WE PICKED THIS UP THE NEXT DAY...

TAKE CARE OF THAT DAM BILL

More than six (6) hours of testimony and much of it rather emotional for C.G.A.


NOTE:  This Public Hearing has some items of interest to Weston ("Blight").

Environment, perhaps the busiest Committee this Short Session?  We note that they always seem to generate the highest number of bills JF'd - so they can make sure to get a second crack at them...in Short Session!

"...Passing a bill would cost taxpayers money, as the regulatory authority, PURA, says it would need five to 10 additional people and a complex, new set of rules. There is also a concern the state could face costly litigation from the the federal government and ISPs, said state Rep. Charles Ferraro, of Orange, the ranking Republican on the energy and technology committee.

“'The principles of net neutrality are pretty clear as far as not engaging in throttling and what have you, and we have not yet in the state of Connecticut seen any instances of that and these companies have agreed in principle to agree that that doesn’t happen,' Ferraro said. 'Many people seem to agree that we have a bill before us that is kind of looking for a problem that isn’t there, and we have that problem with a lot of legislation. So we’re a little bit hesitant to see the urgency.'”

DRAMA ON TOLLS:  There have been front page reports on foot-dragging

A number of bills of interest we think to Weston, also including alternatives to Governor's Toll proposal:  https://www.cga.ct.gov/asp/cgabillstatus/cgabillstatus.asp?selBillType=Bill&bill_num=SB00271&which_year=2020

Co-Chair. Lemar
LEGISLATIVE TIME FOR THIS COMMITTEE...PARALLELS THE FEDERAL RELATION.

Sen. Leone:  Priorities and choices???  Escape hatch only for transportation???  Forget-about-it, no-free-lunch, puts us in a pickle, and lots of other homilies...RAINY DAY FUND.  Build America.  Pledge amount for Tifia.  Pledge a thing (i.e. rail line) for RIF.  Rep. Steinberg:  Market correction may bring in $$ is answer to his question.  Market volatility???

ONLINE GAMBLING:  Back for another try...
https://www.cga.ct.gov/asp/cgabillstatus/cgabillstatus.asp?selBillType=Bill&bill_num=SB21&which_year=2020

SB21 - the only bill out there on gambling this short session (Osten).
Combined Tribes presentation;  legislator asking about East Windsor commitment - still there because awaiting zone changes.

CLAIM OF EXCLUSIVITY
State in favor of that but "Sports Betting" not included in original compact (legal book making).  Certainly risk and reward.

What does Internet gambling mean?
UK and Australia have Internet Sports Gambling - directed to kids.  Within game betting - real-time betting.

What if we had done a study 20 years ago?
Now is the time because we have our own data on cost-benefit.  Slot revenue 50% comes from people with gambling problem.  Rep. Hughes against online gambling - social costs found too late.  Seductive.  When asked what the people of the 135th think, she says they are neither here nor there (my words).

PRO-SB21 QUESTIONED:  AND ANSWERED...TOURISM.  NO EXCLUSIVITY ON THE NEW THING ("POST BINGO")
Should you throw out your marriage for an open marriage, just because time is changing?  And I don't know $$ because I'm not a gambler.  Who comes to work at casinos.
We note that the LWVCT did a Concurrence with LWVPA years ago (Weston LWV debated and won this study/Concurrence) "No further forms of Gambling in CT"

HB5168 - SPORTS BETTING MONEY TO PLAYERS UNION.  IF IT IS GOING TO BE IT WOULD HAVE HAPPENED.  HOW WOULD THE COURT LOOK AT COMPACTS?
Once you legalize sports betting protection once it become legalized.  Should college and high school games be regulated?  Sen. Hwang:  How do you "investigate" athletic game - due process?  Pete Rose???

Against HB5190.
$25 billion lost. STAND-ALONE SPORTS BETTING.  INVITED BY CHAIR.
Commercialized gambling.  Out of control gambling.  Let's be smart (UCC rep and Director of 501c3).  LWVCT in coalition.  UK stats and Australia.  Sports gaming NOT in CT compact.
Compacts include "video facsimile"  associated words doctrine.  Zero reference to sports betting.  "I-Gaming" is casino (bet made in casino);  Rhode Island authorized betting thru casino.  Indian Gaming something else.
Does it matter where the server is located?

This should be entertaing!

ALMOST HALF OF MAJORITY IN HOUSE

The CT MIRROR article quotes Co-Chair. as saying “We are laser-focused to roll out these priorities.”  ...Rep. Anne Hughes, D-Easton, co-chairwoman of the caucus...added the relative brevity of the 2020 General Assembly session — just over 13 weeks ending on May 6 — won’t bean  excuse not to act.  As it did last year, the caucus again will focus on reforming a state and municipal tax system with highly regressive levies like property and sales taxes that shift much of the burden onto the poor and middle-class.


Others more casually as the Session requires - such as F, R & B, Approps, and others above.  Note that we have included the "Progressive Caucus" here.

Began at 12:30pm...E-CERT and Bonding as well as usual nominations, (i.e. student members of State B.O.E.) bill business and "reading" of bargaining agreement.

Nominations Committee appointments to various positions in the Judicial branch and others...

Eleven % increase to managers.  Republicans point to the rest of the private sector and the cuts to social services and cry whoa!!!  Party line (one vote on both side differed).

HOUSE APPROVES JUDGES AND OTHER MEMBERS OF JUDICIARY SYSTEM BUT NOT WITHOUT AT LEAST ONE "NO"
Recesses after 1 hr. 30 minutes...subject to the call of the chair...Consent Calendar Number Two (2:27pm)...and here is another one to be complained about.

ANNOUNCEMENTS:  Which legislators had reasons to not be in attendance.  Adjourned.

After 2pm and not in Session yet.  Nothing doing when we checked at 3pm either.

AFSCME award in line with SEBAC.

The Senate began @ 1hr late.  Fasano praises commissioner but...
Sen. Osten (Appropriations Committee).  Sen. Formica asks how managers can become unionized workers (50% plus one in "bargaining unit" voted)?
Supervisor to union movement is a fake economy not a C.O.L.A.

18-15 in favor with Sen. Haskell and Sen. Kassen (both Democrats) voted NO.

KOORIS RENOMINATED TO PORT AUTHORITY.  SEN. FASANO VOTES "NO."
Fasano makes a terrific point on another matter - Leone surprised by the renomination.

And it is over...after a few more judges.